Augustine Kelechi Ikegwu is 25 years old and originates from Ngor Okpala in Imo State, Nigeria. He is currently a Seminarian of the Order of the Most Holy Trinity (Province of Saint John of Matha), which is headquartered in Italy.
Mr. Ikegwu is a graduate of Claretian Institute of Philosophy, located in MaryLand Nekede in Owerri,  Imo State, Nigeria. He has obtained two degrees in Philosophy. One from Urban University Rome (B.Phil), and the second from Imo State University (B.A).
Mr. Ikegwu will soon be entering into his priestly formation. After his ordination, we will be happily addressing him as Father Augustine Kelechi Ikegwu. He is active in various human rights advocacy activities.
Mr. Ikegwu is an author, writer, and blogger. He has had several of his articles published in various secular and Catholic newspapers. We at STOSS Books are proud to have him as a contributing blogger. He is currently in the editing stages of a new book dealing with human dignity.

by Augustine Kelechi Ikegwu, O.SS.T.
Published by En Route Books & Media
Synopsis:
The African man is called to a sober reflection about himself in relation to others and about the reason for and meaning of his existence on earth. Through the Catholic Church’s teachings, which defend the personhood and dignity of man, the African man is made aware of the vitality of others through a fraternal love that equalizes and mirrors the image of God in him. In his relationships with other men, therefore, the African man is expected to manifest his dignified nature, which is of divine origin. This work thus argues for a positive relationship among members of African societies in spite of religious, social, and political differences.
Want to order the book or read reviews? Here s the link: https://enroutebooksandmedia.com/imageofgod/
As you may be aware, there is great persecution taking place in Nigeria. Priests and Religious are being kidnapped and martyred. Nevertheless, Augustine wants to have his book translated and distributed throughout his country. If you would like to help him do this, please contribute to hid GoFundMe page at: https://gofund.me/b270d32f

Click on the link to see a list of Augustine Kelechi IKEGWU's blog posts.
To visit his personal blog site, go to https://austinworldviews.wordpress.com/
The author can be reached at: 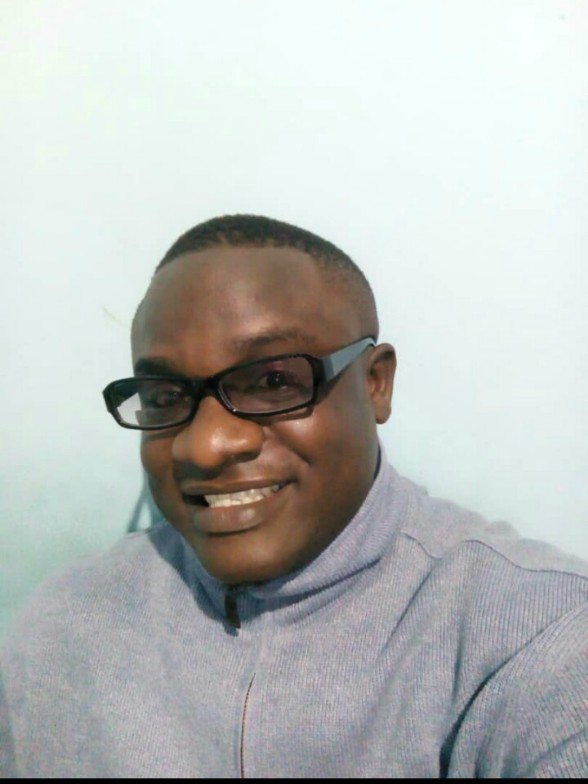